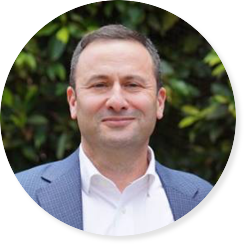 David is a 3rd generation insurance professional who began working for his father at age 14 filing Medicare claims. Before entering the insurance industry full time David served in the United States Marine Corps and graduated from Winthrop University. For nearly three decades he has been driven by the principal of making sure our clients are provided a level of service that is second to none.

He has served on numerous advisory boards for insurance companies and has been instrumental in the development of several insurance plans that are now sold nationwide. While not spending time working, he enjoys spending time with his wife Priya who has been by his side for over 27 years and his two children.

Connect with David on Linkedin